Fast week, but lots to show for it. I’m averaging about four handwritten pages a night, which is pretty good for me, but nothing compared to the speed of some other authors.

Other than Birthday Girl: Coronation, I’m also editing a YA novel called Moving Through and writing the first draft of a short story I hope to give away for free sometime toward the end of Summer. For lack of a better title, we’ll refer to it by its placeholder name, “Teletubby Sex Slaves.” It’s not what you think (i.e., it’s exactly what you think.)

This giveaway is open to international readers, and S&H is included in your possible victory.

To enter, please follow ALL of the following directions. If you fail to follow all of them, I will thumb my nose at you and fart in your general direction (meaning your entry will be disregarded). 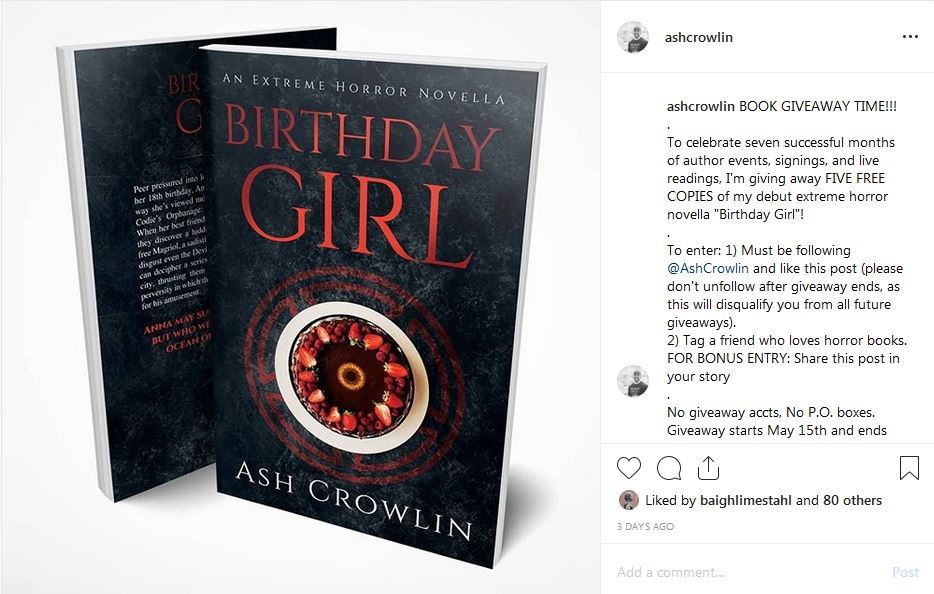 1) FOLLOW @AshCrowlin on Instagram. Please don’t unfollow after the giveaway is over, because this will automatically ban you from all further contests. Not telling you how to live your life, but isn’t the possibility of free swag better than the lack of possibility?

3) In the comment section, TAG a friend or two who loves horror.

That’s it! The giveaway runs until May 29th.